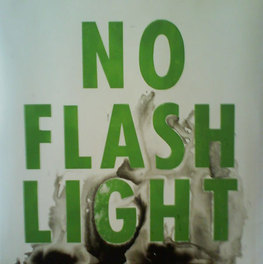 P.W. Elverum & Sun
I Know No One
I Hold Nothing
The Moan
In The Bat's Mouth
No Inside, No Out
(2 Lakes)
Stop Singing
No Flashlight 1
(2 Mountains)
The Air In The Morning
The Universe Is Shown
What?
How?
No Flashlight 2
(2 Moons)

Bonus Tracks
The Intimacy of the World With the World
This Is The Same Ocean
Waterfalls (Thanksgiving Cover)
Where?

I Know No One
Knowing no one will understand these songs, I try to sing them clearer
And even though no one has ever asked, "What does Mount Eerie mean?"
I have tried to repeatedly explain in complicated songs
But tonight, we will find out
I know no one,
And no one knows me


The Moan
In the night, after the bats come out,
I hear you howling
I know no one
And I hold nothing, now that I know you
This is how we howl


The Bat’s Mouth
As the black bird above you (the bat)
Disappears into the night, (and the song of the bat)
The cave beyond the foothills, (the bat)
In the night, is overflowing (and in the bat's mouth)
In song


No Inside, No Out
Because the pupil of my eye is a hole,
There's no inside and there's no out
The world is in me and I am in the world

The one where everyone goes
Was found on maps and was covered in boats, was so shallow,
So in it, things grow
And at one of its edges, two black cliffs rose
And down the rock, the lake's new water did pour

The second lake, just beyond the cliff,
Was fed by a bottomless spring
And still has never been seen


Stop Singing
The possibility that if I stopped clapping my hands in the void,
I would notice that I can't hold on to things
And the possibility that if I stopped using my voice
I would notice songs that, all around me, sing
It looms in weather, lives buried in my days,
With all my songs and rhythms going
Like the darkness surrounding a flame
It's what I don't say with my mouth
It's my mouth open to breathe in
It's open windows
Still, I go on and on describing the shape around the thing I want to,
But can not name, in song
And, though my long life feels busy and full of usefulness and drive,
I will sleep through every single dawn
And those I see, I will not really understand, though I try
I will sing through every single song
About the spaces left when we stop singing
And I will sing this with longing

I can only say "no flashlight" because once I forgot it
Actually living in the night means,
Actually walking in the dark means
To find caves in song


2 Mountains
There are 2 mountains:

One that everyone knows,
Our eyes pass by it, it is so well known
I know its shape, while I travel, it waits
In photos and songs of picturesque living, it waits
But Bright Mountain, all day, trails a growing shadow

And the second peak appears only at night
In the dark, this mountain towers and roars
Dark Mountain trails nothing, and grows
Where there were skies there are oceans of shadows
And we will be inside


What?
When I was sturdier I'd talk about how certainly we all will die
We will eat shadows, we will bury candles…die, die, die
When I was sturdier I thought, "So what? I am forever mountainous!"
I bravely said, "No death of any kind could matter to my mountain mind
Come years, come surging, I am tall!"

When I was sturdier I was secretly scared, and the fear was blinding
As you can see, I am no rock
As you can see, through mountain wind,
What I actually am is thinning clouds


How?
Having washed my face in a frozen stream,
And having lived in guest rooms for the last seven years,
And having just doubled in size, admitting animal loving,
I still must find a way how

How?
I'll sing my song in the parking lot

And “no flashlight” means the lake at night
At the cold bottom, there's no pool of light,
No moon, no sky, no world

Knowing the world is in song and being able to hush
Turning off the light is being welcomed home
Crawling in the dark, saying "No flashlight"
Is saying "yes" everything else

The one that everyone knows
is a reflection in a bucket, wearing clothes
‘Cause we see reflections

The second moon is actually the moon

The Intimacy of the World With the World
The only reason I'm moved seeing clouds and hills mingle
Is because the intimacy of the world otherwise stays hidden
Even though I know it's there in animals calling,
In the cave overflowing, in the food I've built on,
In the song of the bat, and in rotting bodies unfolding,
I am touched each time I can see hand-holding
Mist married to branches, married to me, with my eyes,
Stopping my work for a moment to say,
"What a generous place is unveiling here!"
And "We have enough"


Waterfalls (Thanksgiving Cover)
In my most hopeless days,
Lost in pitch black caves,
There's waterfalls
And dripping stone walls
It's so perfect and amazing
So you may only naively believe
There's waterfalls and all perspectives
And when you see the light
Or go for walks at night
There's waterfalls, but you can stay dry
In the Universe,
Or in the death and birth,
I always wonder at each, “My mother?”
And right before I die,
Or start to tell a lie,
There is a spark drowned out
In my heart's hiding place,
There is a moonlit lake,
And there are waterfalls on the way down there

"Where is the concert and will it be all ages?
And what time are doors? And how much does it cost?"
The concert is nowhere
There is only one sky

"I accept the invitation,
I would like to 'fulfill the pregnant night'
Where should I set my stuff up?"
Those things are not yours
And tonight you will be taken in dark arms