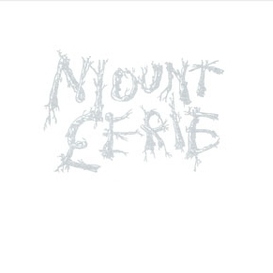 The house is dark all day
My eyes are half open
And the light that does get in is unconvincing
Half sleeping through the day in the middle of winter
Did I dream this in the dusk, or am I alive right now in the known world?

And then spring comes in a cold bucket of water
And the light that floods in, unrelenting
Doors and windows blow apart,
The blankets blow off of the bed
Making coffee in the dissipating fog


Unknown World
Now I think I'm the only one awake
All these human bodies sleeping while driving
And I can just barely keep myself up
This comfortable life numbs
Easing into the bed
There is warm water rising
All day long and into the night
Being old, accumulating dust
Our house lights up the whole neighborhood
We have the lights on,
Working all day long and into the night,
Not knowing it's raining
But just before going to bed,
I'm called out the back door
There is an owl,
The grass is wet
What's that other sound?

The air in the branches


Blue Light on the Floor
Instead of roaring, rolling ‘round,
Going on about the world I know,
In which the universe tears holes into our little lives
And the far moon and the dark night
Are the distances shown huge and cold,
White, harsh and terrified
Now where I live, the black night is built up
And layers of arches like a mountain of blankets above me in a snow
And I say:
"Hello moon, out the window
You are nothing to me but some blue light in my house"

"Hello little mountain house, glancing out the window and going to bed
This is the mountain above your roof, this is the space above your head
I know you’re comfortable in there, being content with what you have
Saying "no more hunting, this is it and sitting still for good
But you must come reconcile with me and with the space above your head,
The dark unfolding mystery
Come out, come out and see what you don't know"


Mount Erie Revealed
Mount Erie revealed in the breaking of clouds,
And then gone again
The day runs out, the shapes blur again over and over, using up my life
And if it's spring, maybe I'll see you during the short day and long twilight
A cloud, a break in the clouds, and then another cloud, and then night

In and out of the fog, I forget what I know through rock revolves
And there’s my sight
The sun sets in the south, where it rose
The song dissolves, bones blow in the pink light
Mount Erie revealed in the breaking the clouds
And then gone again