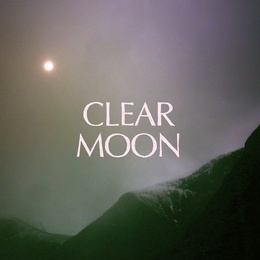 Through the Trees pt. 2
Misunderstood and disillusioned,
I go on describing this place and the way it feels to live and die
The “natural world” and whatever else it’s called
I drive in and out of town, seeing no edge, breathing sky
And it’s hard to describe without seeming absurd
I know there’s no other world:
Mountains and websites

Dark smoke fills the air,
Some from the fire in my house, some from me driving around
I could see the lights of town through the trees on the ridge
On my way home in the dark
I meant all my songs not as a picture of the woods
But just to remind myself that I briefly live
The gleaming stone, the moon in the sky at noon
There is no other world and there has never been
I still walk; living, sleeping
Life in the real world of clouds, clawing for meaning
Still when I see branches in the wind
The tumultuous place where I live calls out, revealing

“Can you see the river in the branches
And know that it means you will die
And that pieces are churning?”

“Can you find a wildness in your body
And walk through the store after work, holding it high?”

I’ve held aloft some delusions
From now on, I will be perfectly clear:
There’s no part of the world more meaningful
And raw impermanence echoes in the sky
There is either no end or constant simultaneous end and beginning
A pile of trash, the fog on the hill
Standing in the parking lot, squinting

Looking east in the spring, through ashes and fog
White, permanent snow shines


The Place I Live
If I look or if I don’t look,
Clouds are always passing over the place I live
The place I live passing under my feet
While my mind wanders in a sea of fog

On a ridge, seeing through a hole in the fog,
(“A thought out of nowhere comes passing through”)
I say to myself
(“I say to myself, like a voice on the wind”)
“Behold”
But I see nothing
Rocks, and water, and wood
Not speaking to me
(“Left alone to wonder above”)
Slow, and uneasy, and alive
(“Wanderer above the sea of fog”)

I mean the place lives
And clouds pass over
(“Sitting on a ridge and watching clouds pass over”)
The landscape a blanket on stone
(“Where an ocean of glaciers rolled”)
Land waves are rolling
(“Through a fog, this is a brief life”)
(“Short and cold, momentarily”)
(“A life as brief as the morning fog”)
Momentarily, I come out from under


Lone Bell
I imagined a clear bell echoing in the hills,
Behind curtains of rain, in the hills behind the high school
So I opened the door and went there
Walking slowly in a white wall of fog,
A silent, more cautious awareness arises
Deeper in, the ground at my feet falls away
On a peak or in a swamp,
All debris erased

What is left of the dissipating dream world I made?
Midday, in the light, quiet echoes of a freezing moon
A distant bell, cold and clear


House Shape
I stayed inside all morning,
Watching waves of rain pass over cold and dry by the window
I didn’t turn a light on
The fireplace dead since last night
Emptiness inside, cold morning
Low grey sky immense
Living belly of a silver fur thing

In waves of weather, the house lies
Piled up wood with me inside
I’m piled up dust, alive, dreaming
Or walking whirlpool of water
Awake and indifferent
Looking at cars go by and then get forgotten
Only a sound of a waterfall, breathing out in one long exhale
Rings in my ears for a moment, then another wave of rain blows over,
Greying out the light
The lawn through window seems undiscovered

Lost in an unfolding
Thinking about what to do with a day
Sitting while the light dies, until finally it’s over

In blue dusk, I finally step outside,
Breathing in the cloud that has settled,
Noticing a black looming house shape
And at last my eyes crack open


Over Dark Water
Vastness and watching
At the crest of night, seeing in
Blue hole grows, yawning


Clear Moon
Lost in a fog, groaning an ode to a clear moon
An empty song, a flash of light in the storming
Dawn, remembered as a blade
A stream cutting the world awake

The only light:
Imagined clear moon in a black sky

A distant bell:
Imagined clear moon in a black sky

Through a wall of fog:
Clear moon remembered

Asking questions while night grows
With an ancient unknown that I carry around, lost,
Then thunder replies
Storming mind

Insignificant and billowing
A new storm
A new kind of roaring to tear through days,
Through the trees, through an opening light
Yawning sky

Tossed on the waves
Missing
From moment to moment, being carried wherever
Face pressed against and impenetrable sky
Yawning sky